22 February 1986, Saturday, 9:30 pm. It was mom’s birthday. I was two years old. We had a quiet meal at home where she prepared her favourites: sinigang na baboy (pork in sour broth), spaghetti in sweet sauce, and rice. It was not much of a party, but it was a feast for her.

The eighties were particularly rough for my family. My mom worked as a comptroller for a steel company while my dad served as an overseas worker in Saudi Arabia. They were both migrants from an impoverished province at a time when provincianos (provincial migrants) were synonymous to being backwards. We did not have a particularly comfortable lifestyle, but we weren’t in abject poverty. We just consider ourselves fortunate to have at least three square meals a day and a roof over our heads.

It was also a turbulent period in the Philippines. The world economy was experiencing depression, high prices of oil and commodities were ruining our lives. We had a long-time dictator for a president and his excessive wife whose ostentatious lifestyle became an adjective in the English dictionary. At the time that I was born, a former senator was shot and ever since his death, protests and prayer rallies proliferated in the streets of Manila as if they were a permanent fixture.

As a result of the discontent, the president declared a snap election in 1985, to showcase that the people still loved the first family. This meant that the Philippines had to prepare in a short span of time an election for the office of the president. Running against him was the assassinated senator’s widow, who had no experience in running the country but gained wide support by virtue of legacy. By February 1986, during the counting of the ballots, massive electoral fraud was committed by harassing the tabulators and poll-watchers by the president’s goons (aka the military), switching of ballot boxes, unexplained blackouts in poll precincts, and many more.

Mom was on her last bowl of broth when she heard the Archbishop’s plea over the transistor radio. Earlier, she had learned about the defection of two of the president’s ministers who were suspected of plotting a coup against the president. When arrests against them were ordered, the ministers took shelter at a military camp in Quezon City.

I am calling our people to support our two good friends at the Camp. If any of you could be around at Camp Aguinaldo to show your solidarity and your support in this very crucial period when our two good friend have shown their idealism, I would be very happy if you could support them now. I would only wish that violence and bloodshed be avoided.

Mom called up Dad overseas about what to do. It was a moment of crisis. For fourteen years, they lived under an authoritarian regime. While everything seemed to be clean and orderly, they were not oblivious to the censorship of the press, militarization of the entire government, warrantless arrests, rampant cronyism, and extrajudicial disappearances (the Desaparecidos). Anyone who joined mass actions, protests, or assemblies was arrested and sent to prison. By the end of the regime, there were around 21,000 political prisoners incarcerated in the military camps and thousands tortured and “salvaged” (a term that gained notoriety, by the act of recovering a lifeless body from the water lilies).

There was a brief air of silence on the other end of the line. Then, Dad said, “If duty calls, one must respond swiftly.”

23 February, Sunday, 12:15 pm. People from all walks of life who responded to the call of the archbishop surrounded the camp. Helicopters were encircling all over the area. Rumours about the president ordered for an artillery strike against the camp. began to circulate. Instead of dispersing, the crowd thickened bearing flowers, water bottles, and rosaries.

It was a magnificent sea of yellow, the preferred colour of the senator’s widow. It was adopted to be the colour of the revolution.

Mom silently prepared margarine and sugar sandwiches in the kitchen. She folded each one with a wax paper and repacked them that resembled two loaves she earlier bought from the bakery on the street corner. She also bought juice boxes, water, and biscuits for her. Two bags were prepared, one filled with sandwiches and other with diapers. She picked me up from the crib and grabbed her bags.

She went to our neighbour’s house and asked her if they could watch over the house. The old woman smiled and said, “Ingat ka [Take care].” Words that meant so much at a time when disappearances were as common as ants on the ground.

23 February, Sunday, 6:30 pm. Mom noticed that the transistor radio she brought with her was not picking up a signal. She later learned that government troops raided Radio Veritas, the Catholic-run radio station. Its radio equipment was smashed, personnel arrested, and recordings of the archbishop’s message were confiscated. She managed to pick up an alternative signal from Radio Bandido, which delivered a blow by blow coverage of the rally.

With me in her arms, Mom went with some of her friends from the church to distribute food and water to everyone, including the military personnel. While carrying me on one arm, she tried to win the soldiers’ affections with sandwiches and water.

When her shift was over, she sat down under a lamppost, fed me, then ate her biscuits. She sighed and wondered if it was going to be a long night.

24 February, Monday, 1:15 am. We were about to go home when we hear the church bells pealed non-stop. The archbishop along with other bishops of the city warned about a rapid strike by the military to the camp. Residents from subdivisions nearby started to mobilize and headed to the camp. Some of them used their cars that served as a blockade against the military vehicles. But Mom just wanted to go home, worried that I might get pneumonia from the February cool.

24 February, Monday, 8:45 am. While preparing for work, Mom listened to the television for the morning news. Suddenly, the feed was cut by an announcement from the president-dictator, declaring that the Philippines was to be placed under a state of emergency. He warned the people on the streets near the camp to clear out as hostilities may break out.

Mom just laughed. She called the office and said that she won’t be coming to work. She changed her clothes to something more comfortable. She picked me up, with diapers and milk bottles, and went straight to the camp.

24 February, Monday, 12:30 pm. After having a quick lunch, Mom and I continued to assist those who needed food. Then a slight commotion came when two APC tanks marched and a battalion of soldiers aimed their guns towards the camp. She alerted the church volunteers. Almost in an instant, nuns and some of the volunteers stopped their food distribution and went with the frontliners who formed a human barricade to stop the tanks and men. The nuns fell on their knees and prayed.

The last time a massive barricade against government troops occurred in 1970, at the height of the protests during the State of the Nation Address. It ended up badly for a lot of students who composed the majority of the protesters. When Martial Law was declared in 1972, some of the student leaders were arrested, while others were never to be found again.

Meanwhile, a general close to the president gave the instructions to use the Howitzers to blast the camp and those who obstructed their way.

24 February, Monday, 3:55 pm. Already exhausted, my mom rested along with her fellow church volunteers under a tree. Then, almost out of nowhere, faint sounds of people chanting the song, Bayan Ko (My Country), a song that was not heard for many years since the beginning of the dictatorship. The song’s refrain was sung the loudest.

[ Birds that freely claim the skies to fly
When imprisoned mourn, protest and cry!
How more deeply will a land most fair,
Yearn to break the chains of sad despair?
Philippines, my life’s sole burning fire,
Cradle of my tears, my misery;
All that I desire:
To see you rise, forever free! ]

Mom did not realize that her cheeks were wet with tears.

Mom went to one of her colleague’s house near the camp to rest for a bit. Government TV was on. The Commission on Elections (COMELEC) had just announced the results of the snap election and declared the dictator as the incumbent president. People knew that it was riddled with fraud. The computer technicians even noticed that their machine cards were tampered by the military to produce favourable results. They walked out from the tabulation and took refuge in one of the novitiates in the city. Mom told her colleague to turn off the news as it was pure propaganda. What does one expect from a government-run network?

Meanwhile, the National Movement for Free Elections (NAMFREL) downplayed the “official” results as tainted with anomaly against their own tabulations. Over the radio, NAMFREL proclaimed the senator’s widow as the new president of the Republic.

Mom was still tending to me when she heard a message of the U.S. Secretary of State to the Filipino people. Mom said how the American word was almost like gold covered in faeces, beautiful on the outside but rotten within. The U.S. president had formally recognized the provisional government of the new president of the Philippines.

She stopped in her tracks. Muttered grace. Then asked, “What are they getting again in return?”

25 February, Tuesday, 7:00 pm. Mom and I returned back to our home. She was exhausted, after three days on the streets. She no longer had to ask permission from the company to take the day off. It was simply granted to them by their boss who knew there were more important things in life than just balancing accounting records.

With the declaration of the new president, the people’s movement had shifted towards Malacanang Palace, the official seat of power. As people marched and closed in, the dictator, his wife, and four children were escorted to a helicopter waiting for them on the presidential lawn. The helicopter left bound for Clark Air Base, a U.S. airbase north of Manila. From Clark Air Base, the dictator’s family boarded a plane, thinking that they will be taken to Ilocos Norte, the dictator’s province. To the former first lady’s surprise, it was later announced that their plane was destined for Guam instead, then Hawai’i.

On their way to Hawai’i, U.S. Customs inspected the suitcases of the family. Inside the Louis Vuitton suitcases were diamonds, rare jewels, tiaras and brooches, icons of the Santo Nino made out of gold, and artefacts whose worth could pay the country’s debt in full, twice over. They also brought with them paintings and documents, things that they have amassed during their rule.

The protesters had finally breached the Malacanang Palace. They stripped all reminders of the regime, defaced the dictator’s portraits, and threw documents from the window and into the streets. They had uncovered their biggest find: the first lady’s collection of 3,000 shoes, many of which were only worn once.

The night sky was clear. Mom tucked me to bed, smiled, and whispered to me, “Finally. Finally.” And for the first time in fourteen years, Mom had slept peacefully. 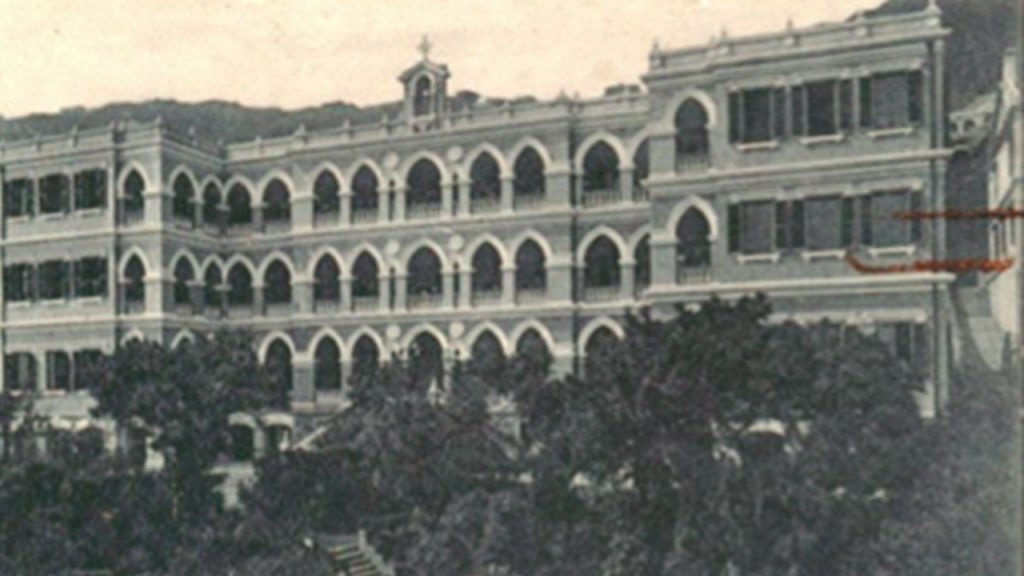